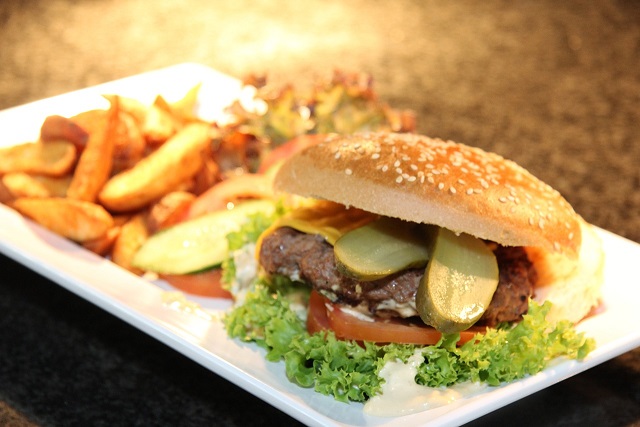 A couple of weeks back, I arranged to meet another marketing professional, Nicole, who I’d previously met at a networking event, for a chat.

I don’t know what it is, but when you get two marketing professionals together, with a couple of large cappuccinos, the creative juices get going.

We’d been talking for a while, when I looked out of the coffee shop and noticed the ‘grill and bar’ restaurant I’d eaten at just a few days before.

To cut a long story short, Carl, Tim and I love to go to the cinema for a boy’s night out. Normally, the noisy and louder the movie, the better it is. Marvel or DC, usually.

As a rule, we have a meal at this restaurant beforehand. In fact, it’s next door to the cinema.

This particular night, we’d booked a table, but the traffic was heavy. We arrived a few minutes late but in good time. We sat down, just as a group of sixteen arrived to celebrate their daughter’s birthday.

We had forty minutes before the film started to have a meal and drink which was normally fine. However, with the now very busy restaurant, it took nearly half an hour until the food arrived… so we were over twenty minutes late for the film.

Talking again with Nicole, it made me think. If the restaurant offered a ‘fast track’ menu at a premium price that guaranteed we would get our food quickly, we’d have taken it.

Clearly, this approach would only really work for restaurants selling ‘faster’ food and close to entertainment facilities, but I don’t recall ever been offered this service in the UK. Have you?

Having a fast service, in this case, was vital for us. If we knew we could get a ‘fast track’, we’d probably chose that restaurant over others, especially when time is critical.

I think some restaurant chains are leaving value on the table. Price or food choice wasn’t our main need – getting to the cinema, on time, was.

Do you think ‘fast track’ pricing could work in some restaurants?